Ukraine’s finance ministry on Monday welcomed the creation of a special new account set up by the International Monetary Fund to give bilateral donors and international organizations a secure way to send financial resources to war-torn Ukraine.

The IMF’s executive board approved creation of the new account on Friday after the Canadian government proposed disbursing up to $1 billion Canadian dollars through the vehicle, which is to be administered by the IMF.

The account will allow donors to provide grants and loans to help the Ukrainian government meet its balance of payments and budgetary needs and help stabilize its economy as it continues to defend against Russia’s deadly invasion. 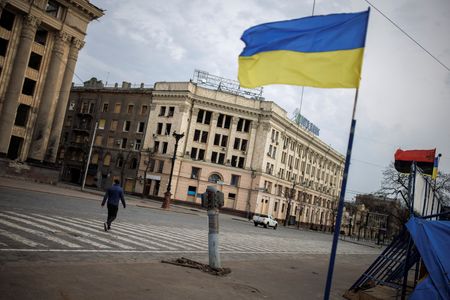 “Donors will benefit from the IMF’s tested infrastructure to quickly deliver authenticated payments,” the IMF said.

Going through the global lender will allow donations to Ukraine to be frozen in the event of a Russian takeover of power in Ukraine, experts say.

Donors will deposit reserve currencies or Special Drawing Rights, the IMF’s own reserve currency, into the new account, which will then disburse these resources as grants or loans into Ukraine’s SDR account at the fund.

Ukrainian Finance Minister Serhiy Marchenko last week said his government was seeking about 4 billion euros ($4.37 billion) in foreign financing in addition to the about 3 billion euros it has already received to deal with a budget shortfall.

IMF staff last month said Ukraine’s economy was expected to contract by 10% in 2022 as a result of the invasion, but warned the outlook could worsen sharply if the conflict drags on.

One source familiar with the plans said additional donations were expected for both the IMF account and a separate World Bank account set up for Ukraine during next week’s spring meetings of the two global financial institutions.

The IMF in March also approved a $1.4 billion disbursement to Ukraine under its Rapid Financing Instrument.

IMF staff continue to engage closely with the authorities on their emergency response to the economic dislocations brought about by the war in Ukraine, the fund said.