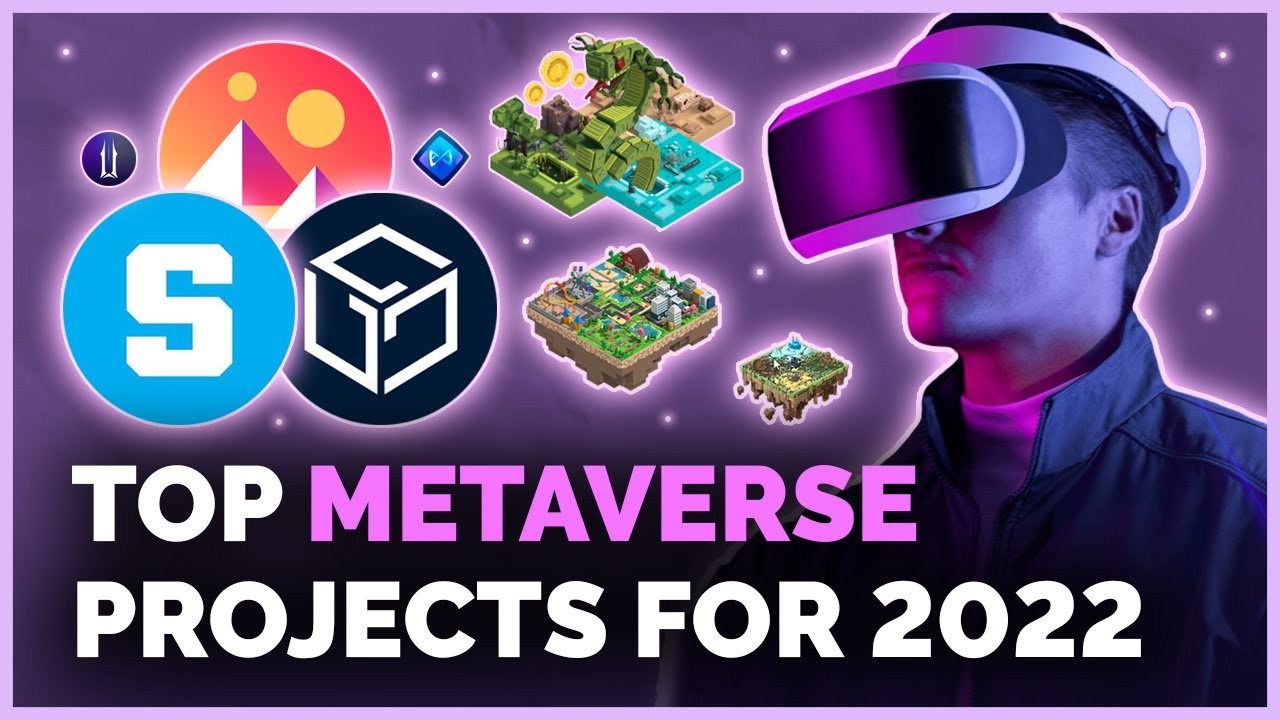 Metaverse. It looks like it’s having its moment in the sun now like NFT did in 2021 and Defi did in the ‘Defi Summer’ of 2020. Therefore, it might just be the hottest sector within crypto right now. So, you may think you’ve missed out on the best early opportunities in the metaverse.

Virtual real estate and other assets on Decentraland and The Sandbox are not available or increasing in price so fast that you are priced out of the market. However, just like Defi, NFTs, or Layer 1 blockchains, there will be many winners, not just two. Therefore, with some of these, you can get in and buy your prime Metaverse Projects right now. Then let’s check it out.

Alterverse’s Sky City at first glance looks like a space-age version of Dubai, but less fake-looking. Plans include a Sky City version of other major cities such as London and New York soon too.

In addition, Alterverse uses Unreal Engine to build both a Free-to-Play and Play-to-Earn game. Therefore, you can buy land, mint, sell and rent your own NFTs, and fly around from place to place like the Jetsons. Here is some cool game footage.

Moreover, there are currently 2 additional games in the works. An FPS game called Outpost and a survival strategy game called Rekt. 3000 players have already registered for these games.

Also, among their partners is CommunityDAO which is buying some land and constructing a 20 story tower of penthouse apartments in Alterverse. It will include meeting spaces to use or rent out and educational training to take place in the Alterverse. Therefore, we expect to see more partner deals like this.

Therefore, Sky City is the main hub of the AlterVerse. It’s a city that’s free to get into and build upon like Decentraland. Sky City has 17 large floating platforms they call Halospheres that are like groups of neighborhoods bound together. Within a heliosphere, you can:

And all these heliosphere’s connected to the main central hub of Sky City where there are more shops and city services like City Hall, just like a well-planned real city would have.

Also, the in-game coin is the ACE Coin and there’s even a mayor, city council, and voting system, which when finalized, will lead to a late 2022 or early 2023 election. The ACE token is expected to go live in Q2 2022.

Moreover, they have their own NFT marketplace on Enjin so you need an Enjin wallet if you want to buy the skins. For now. But you don’t need Enjin to play the game itself. You can join public or private teams for battles and track your progress on the Leaderboard.

One last cool feature that Alterverse offers is its Metaservers. It’s like bringing decentralized node operators into the Metaverse. We don’t think anyone else is doing this. Anyone can run a metaserver. You can create your world or go to others when that server connects to Alterverse’s Master Servers (which are like root servers for the Internet).

This means anyone, anywhere, can host a world or a game. There are many alternatives to keep worlds operating if some Meta Servers are malfunctioning or shut down by some hostile government somewhere. Also, a token offering is coming sometime this summer. Until then you can buy:

The NFT marketplace is pretty robust and you can see many items within Alterverse will be available to buy and sell there. Plans include accepting BTC, ETH, stablecoins, and even Paypal for NFT purchases.

And finally, in the interest of full disclosure, Alterverse is an Altcoin Buzz incubator project so we are bullish on its prospects to be sure.

Bitcountry is a metaverse portal for Polkadot and Kusama. They want you to be able to launch your metaverse simply and quickly. They offer:

Their Odyssey Sale and TGE Event in late November or early December was a success and they sold out 80 million NUUM (8% of the 1 billion total supply).

Of the 1 billion total supply of NUUM, 50% will be available to the public. The lockup and vesting schedules are listed in the White Paper with most non-public tokens locked for a minimum of 1 year.

👉Sold $1M of land within 10 days to reputable communities – the good neighbors of your future metaverses.💕

There are two other tokens to be aware of. BIT is the in-game token and NEER is the Pioneer token. BIT is mined and burned while NEER is the Kusama listed token. Also, there are 100,000 parcels of land for sale here. It looks like there will be staking options for all 3 tokens available.

Pax World has a different focus. They are focusing on communication in the Metaverse between people. Everything in this world is about interacting with others, whether it’s for social, educational, or commercial purposes.

And they make it easy by supporting many different devices and having low hardware requirements to get into their world.

Also, Pax World has a couple of other cool things going for it.

Their whitelist for land sales is going on right now. You can get an early parcel if you sign up.

We’ve been rocking the metaverse since February 2021🚀

And every time our 3D world gets bigger🌐

Are you joining us?

According to the roadmap, there will be 1 billion $PAXW tokens issued. Between Partners & Ecosystem and the Community, ~40% of the tokens will be available to the public. All groups aside from the Community and the funds from the IDO have lockups and vesting periods, something we always look for.

Also, the Pax World IDO for their BEP-20 token will take place on MetaVpad and Gamezone but no date set yet. It was supposed to take place in early March but it was postponed. There will be 7.5 million PAXW tokens available for purchase at the IDO, according to their White Paper.

Legion Network calls itself a Metaverse super app and NFT marketplace. They already have set up their ecosystem:

BlueMoon is the first collaborative marketplace for NFTs. Therefore, brands and creators can get together and work together on common designs to then release and sell to the public. It’s a pretty cool idea. You can buy or stake the Legion token.

Native token LGX is a BEP-20 token for Binance Chain (formerly BSC). It has a total supply of  1 billion with an initial circulating supply of 6 million (0.6%). Also, the first come first served sale took place on CoinxPad on March 31st as a follow-up to the few tokens that did not sell out on the Paid Network IDO.

Also, 30% of the coins will be available to the Community although some of the 20% for Ecosystem development could become available too. In addition, all holders except the public launch have a minimum 6-month lockup and 4-24 month vesting schedules. Moreover, the token is a utility token and will be used for staking and transaction fees across the network.

Finally, our last project is Dropp. A land-based metaverse that uses geolocation and mapping to mirror real-world locations and topography. Moreover, This metaverse runs on Solana. You use AR in this metaverse too. Their first area for Dropp Land is Los Angeles. As a landowner, you can charge rent as well as collect fees from staking or from NFTs dropped in your area while you own it. Therefore, you can mint your own NFTs too.

Finally, in its Gallery Module, you get to curate your own NFTs on your land or build a gallery on your property to sell NFTs to others like a real art gallery would.

Their $DROPP token is for governance as well as access to early NFT collections. It has a total supply is 500 million between the public sale, liquidity, and Treasury, only 21% of the tokens are available to the public.

$DROPP Why did we start this?
Read more about DROPP’s vision😎
Stay tuned for our development updates and news in the coming weeks!😮#MetaverseNFT #Solana #NFT https://t.co/vo9YAeCNNR

Also, this is the lowest number that I think we’ve seen on any project we’ve ever reported here. There are lockups and vesting schedules for all except the public. In addition, this is a case where investing in the lands and metaverse assets is probably a better deal than investing in the token itself.

Moreover, there you have it, 5 great options for getting into potentially profitable metaverses early. Whether it’s the great graphics, asset options for: